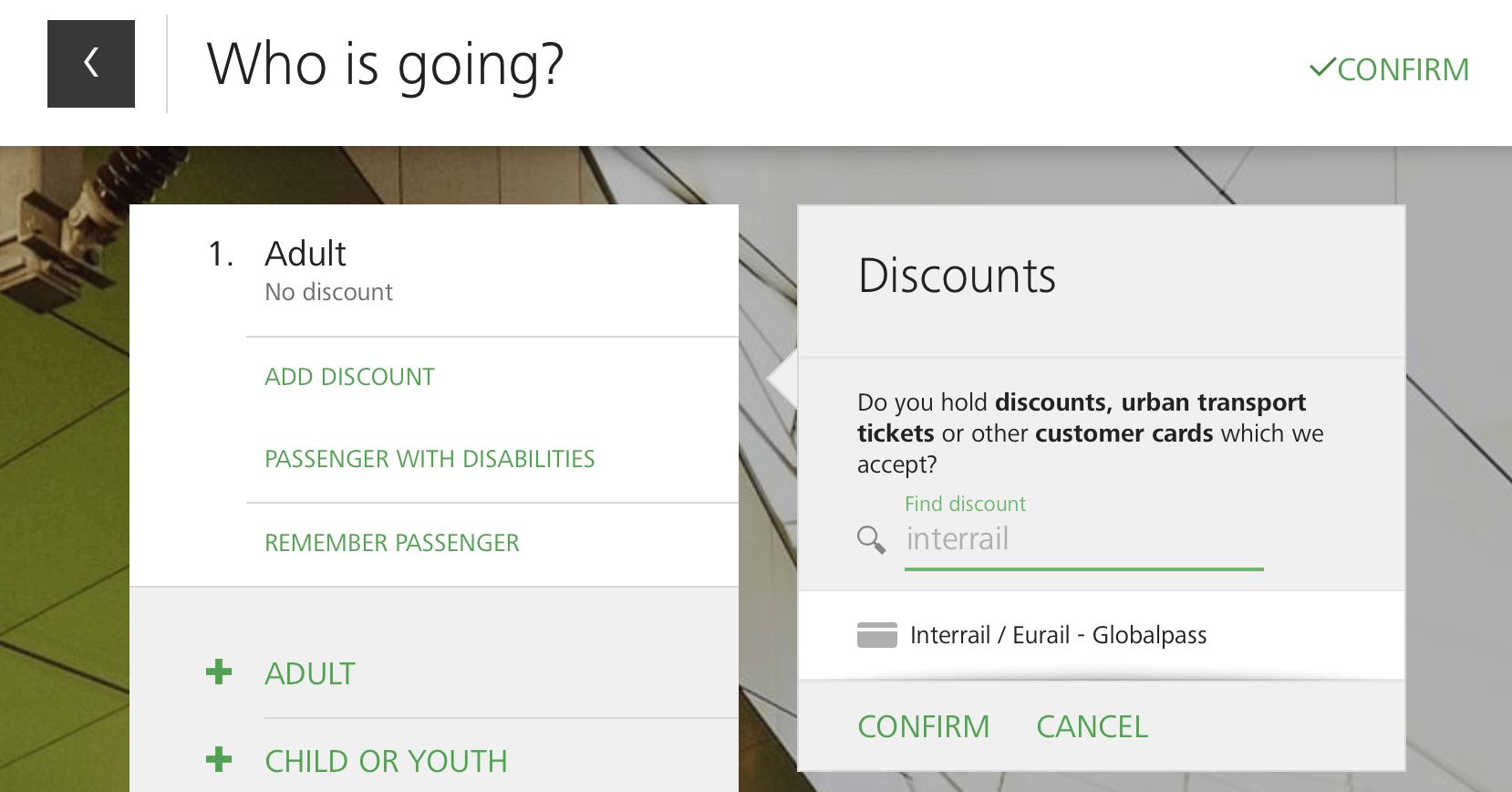 If you have a Eurail pass, your life just got much easier.

Before then pass holders could only book by phone or on the ground at the ticket office. A terrible hassle it was, especially if you lived in Paraguay.

So it is thrilling news that you can at last book Nightjet berths in advance from the veranda of your Estancia as you sip Mate and watch your cows graze.

First of all, open up your browser and navigate to ÖBB's ticket website. Start the search with your date and directions. 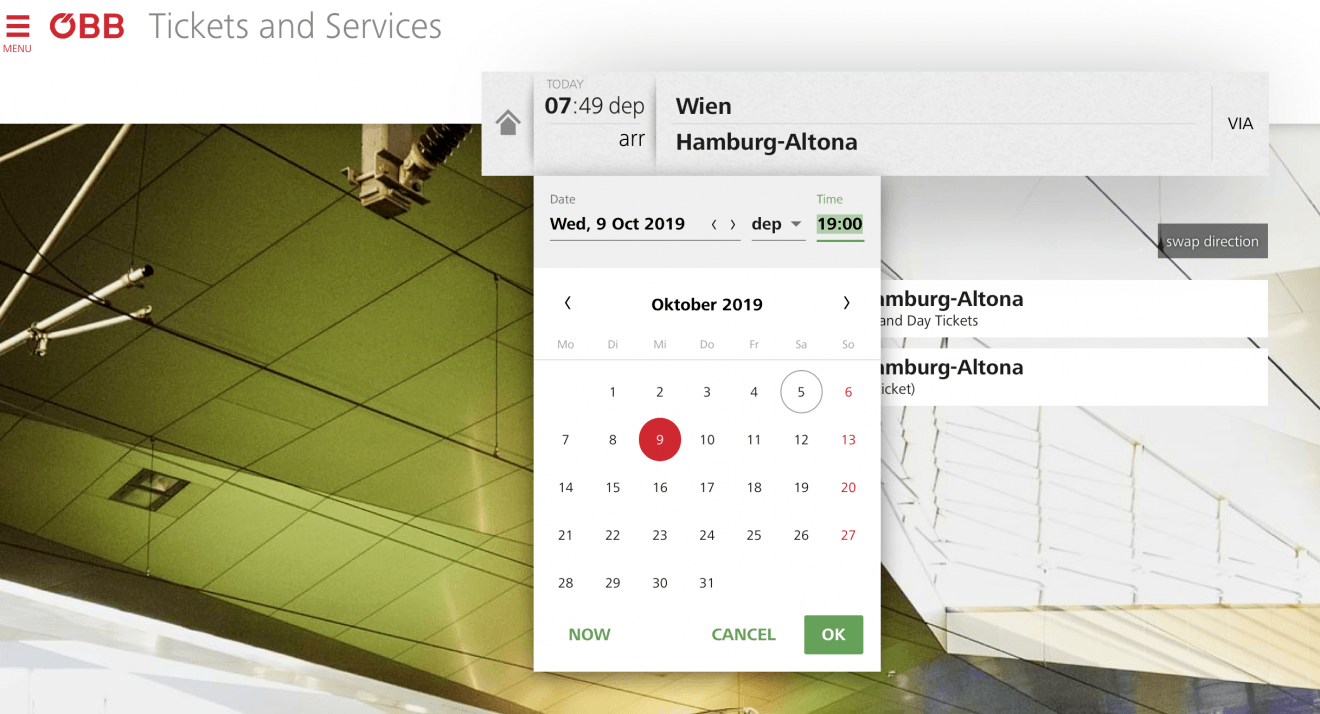 Start by entering your travel date and time. At this stage you have nowhere to declare your rail pass. Don't let this stop you.

You will see a selection of prices. Normal prices that is. 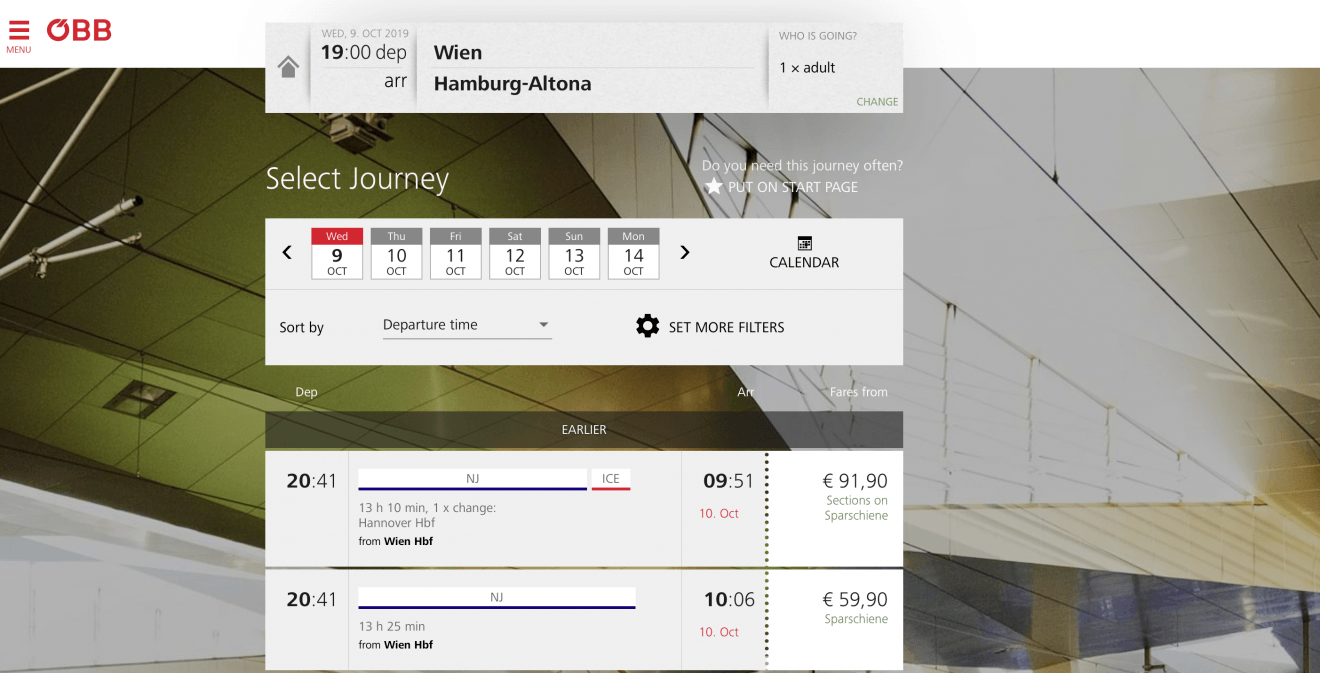 This is what you see. Now comes the time to add your discount.

Now if you look at “Adult” there will be a little link saying “Change”. Click it.

After the first search, notice on the right the new field "Who is Going", which shows "1 x adult" by default. Click "Change"

Now you can choose from a range of concessions. “Interrail / Eurail” comes last, when you have already given up hope. Select that concession.

To make things easy for you, ÖBB has hidden "Interrail / Eurail - Globalpass" at the bottom of a pile of irrelevant niche discounts

Now search again. You will be shown much lower prices. 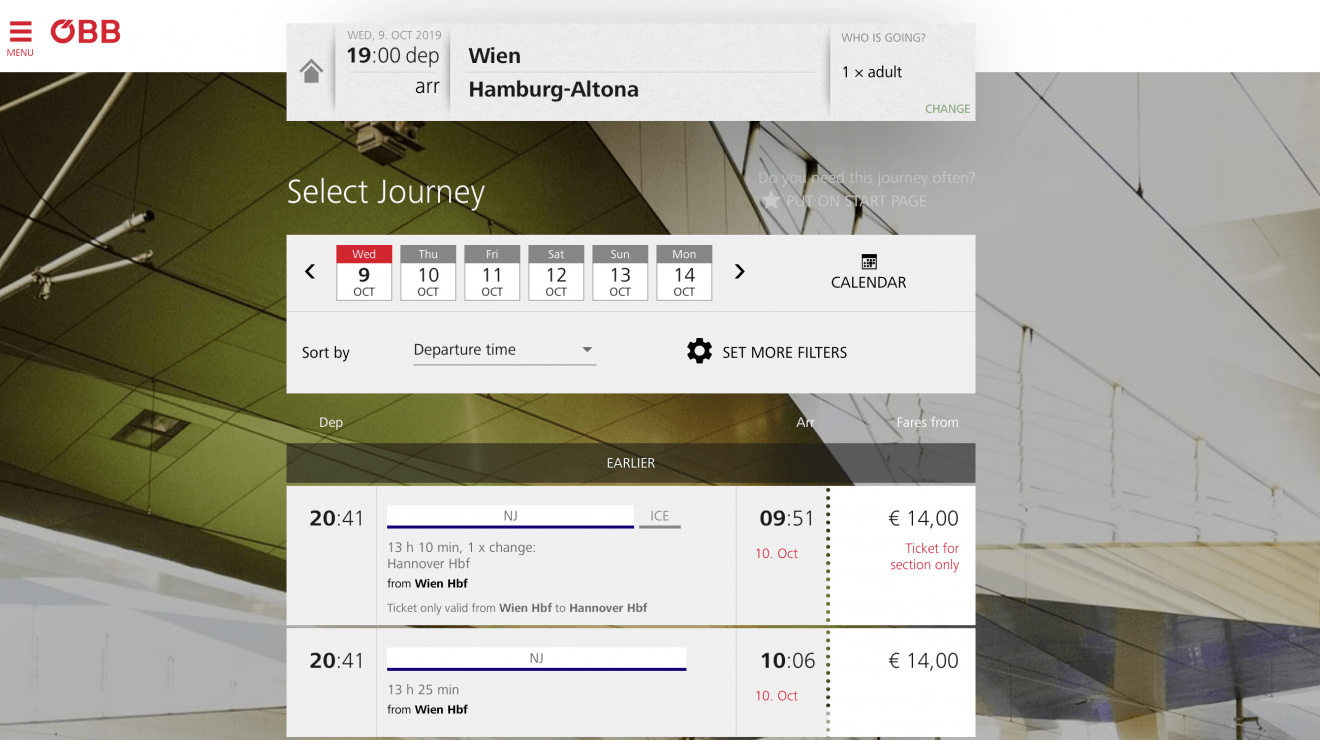 After that you go on to select the berth you prefer. 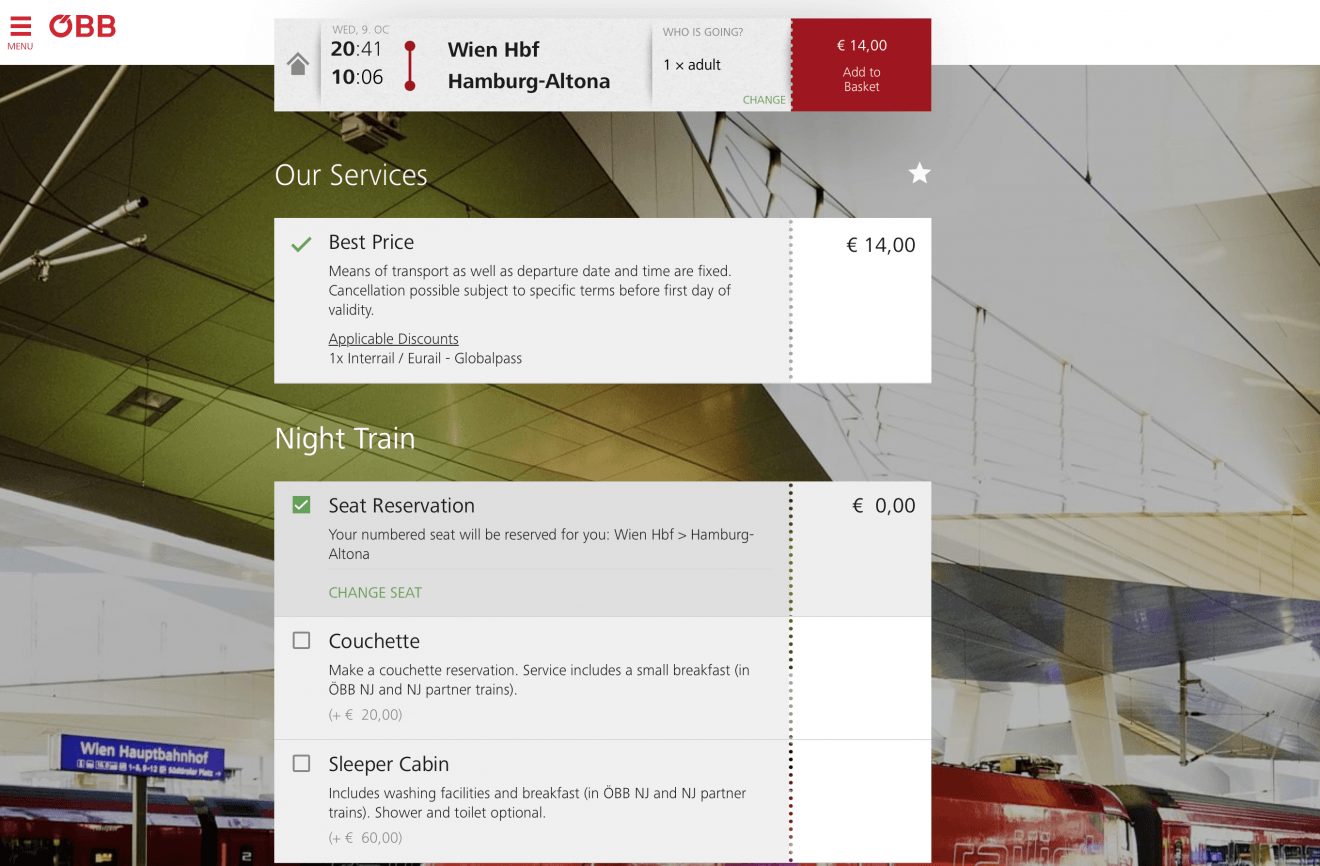 Add the €14 basic supplement to your basket, then go on to choose your berth

You can follow the same procedure for several other Euronight night trains with a shred of Austrian involvement:

Eurail Travel days and Night Trains: How to get it right

While we are at it, let me just mention how to manifest night trains on your Eurail pass.

An overnight train starts its journey on the evening of one day and finishes it on the next day. Does that mean that a night train needs two Eurail pass travel days?

When using a night train with a Eurail pass, you only fill out one travel day: the day of departure. You get the morning after thrown in. Bam. Forget anything anyone ever told you about any 7 pm rule. The 7 pm rule is obsolete.

Many night trains leave Vienna every night. One goes to Ukraine - one of Europe’s most interesting countries. There is a daily sleeper train from Vienna via Budapest to L’viv and Kiev.

The bad news is that Ukraine is not a Eurail country.

Thanks to the tireless work of dedicated ÖBB managers (see @vorortanleiter on Twitter), it is now possible to book the Vienna-Kiev sleeper online and get your Eurail pass counted up to the Ukrainian border.

Combining your Eurail pass with a standard ticket into Ukraine used to be an ordeal. Ticket-wise it was a yoga-position into which only the best ticket sellers could wrench themselves. You needed time and patience to coax your ticket out of them. 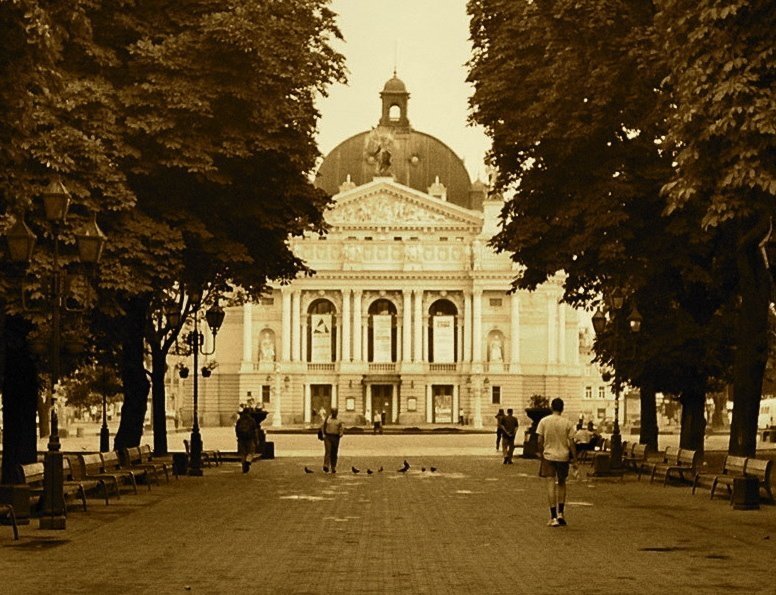 I took this picture of L'viv Opera House on my Un-Interrail trip to Ukraine when I was 20. Oh man. That was 140 years ago. Things were all in sepia then.

Not anymore. Now you can book the whole thing online with ÖBB. And can make an elegant incursion into Ukraine to see L’viv or even Kiev.

L’viv is a gorgeous central European city with cobbles and trams and coffee houses, while Kiev is the ancient capital of Kievan Rus’, the Mother of Russian cities and now the sizzling centre of independent Ukraine. No Eurotrip should miss this exciting European country.

Ukraine with your Eurail Pass: 3 steps to your berth

Navigate to ÖBBs ticket website. Enter the details for your query. 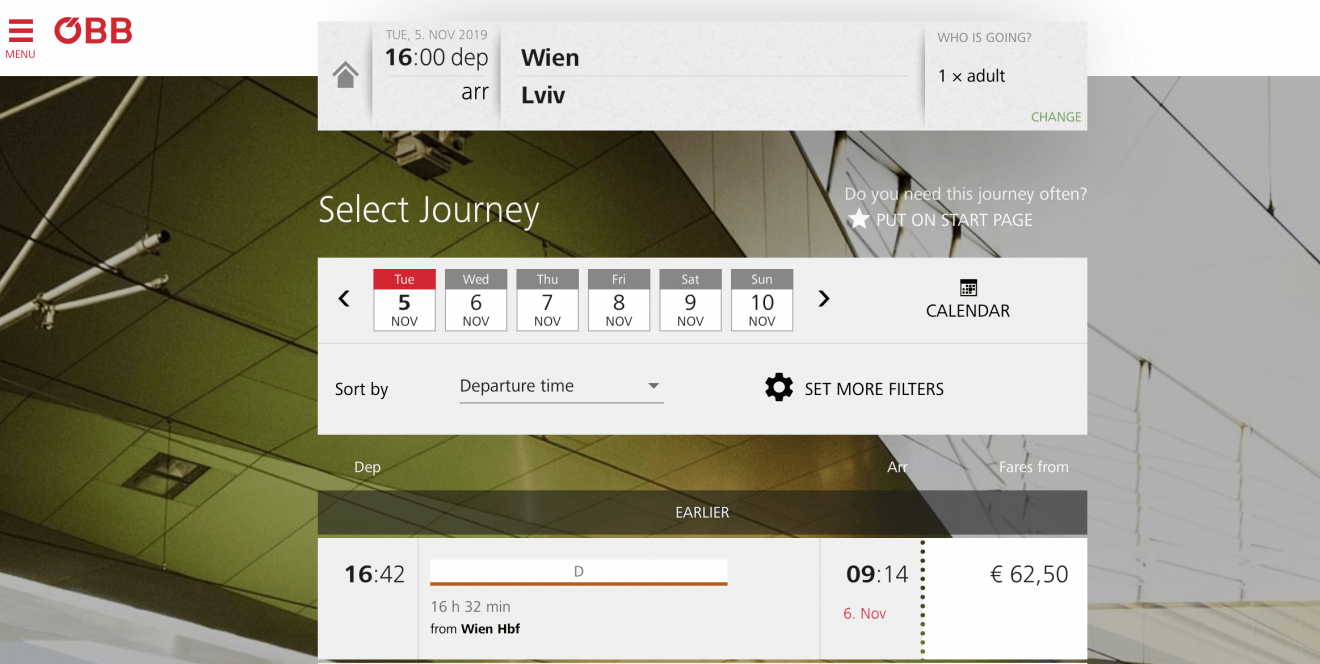 So go and enter Wien - Lviv. Up comes this price.

Prices for the Ukrainian train are always the same. They include the berth in a sleeping car. You can choose between T3, Double or Single. See my Nightjet post for what this means.

Now if you look at “Adult” there will be a little link saying “Change”. Click it.

In the bit about "Who is going" click "change".

Up pops the mask in which you can choose your relevant discount. Interrail/Eurail Globalpass is at the very bottom of a very long list. Type "Inter" in the search field, then it comes up straight away.

To make things easy for you, ÖBB has hidden "Interrail / Eurail - Globalpass" at the bottom of a pile of irrelevant niche discounts

The system recalculates the prices. Because you have a Eurail pass, you already have a ticket for the Austro-Hungarian section of your journey. What you still have to pay for is your sleeper berth and the Ukrainian section.

After adding the Interrail / Eurail Globalpass you get a much more humane price. This is for a T3 sleeper

Add to your basket, decide if you want T3, Double or Single and proceed to checkout. ÖBB has the brains to show you the following friendly reminder: 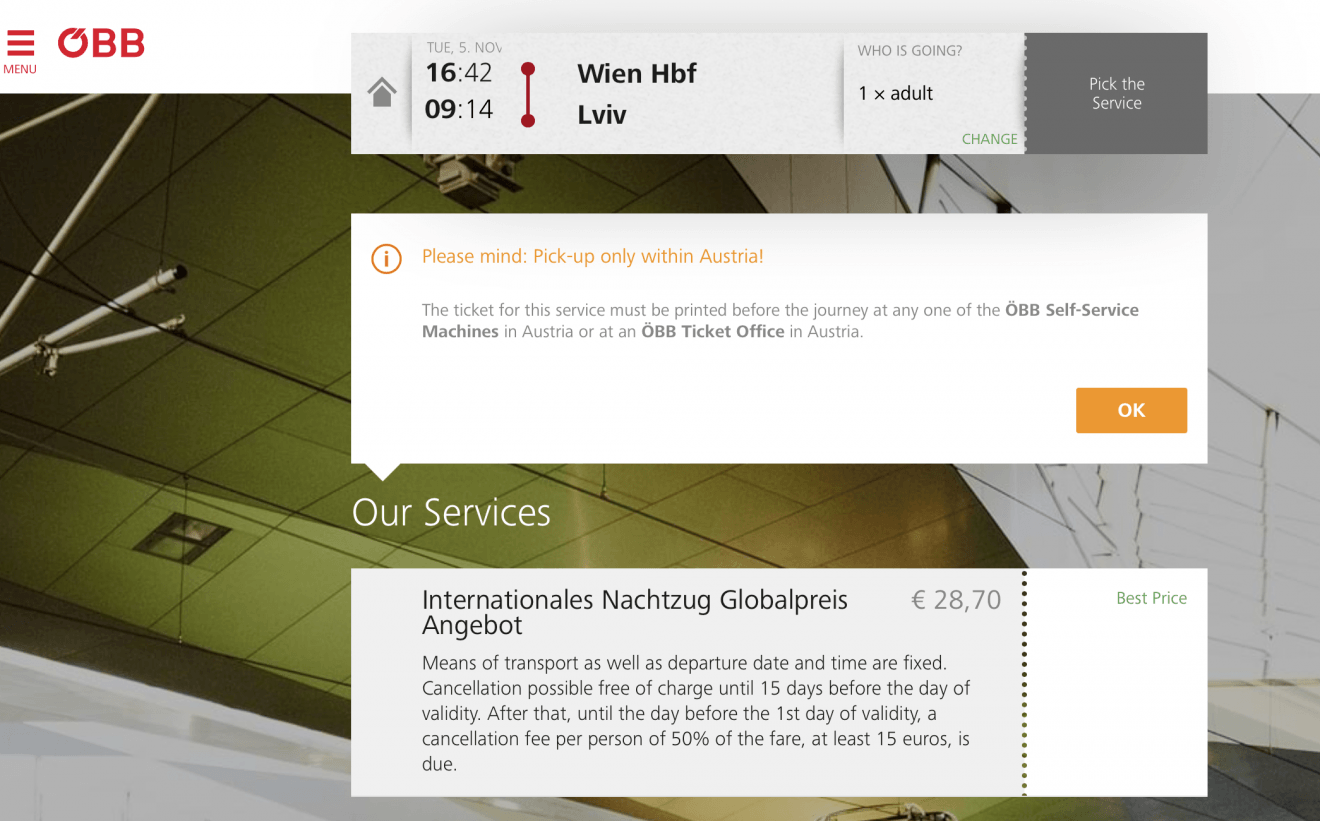 This is crucial. It means that if you book, say, L'viv-Vienna, you have to print out your ticket at an ÖBB ticket machine or counter.

Why do I need a sleeper?

The Vienna-Kiev train is in fact one or two Ukrainian sleeping cars that are attached to a series of trains heading east. This is why you have to book a sleeping car berth. There is no couchette or seated car option. On the up side, it is not expensive and you get a proper bed.

You may have realised I love Ukraine. While my school pals went on an Interrail tour, I spent three weeks on Ukrainian trains between L’viv, the Crimea and Odessa. Check out my fellow blogger Megan Starr for in-depth work on Ukraine, Eastern Europe and the Nordic countries.

If you want to read more about night trains in general, check out my Nightjet post or my Astra Trans Carpatic post. Or join over 1000 other smart rail travellers and subscribe to my blog to download my free e-guides.

13 Hacks for Sleeping like a Baby on Any Night Train

13 Hacks to Sleeping on any Night TrainSleeping on a night train. END_OF_DOCUMENT_TOKEN_TO_BE_REPLACED 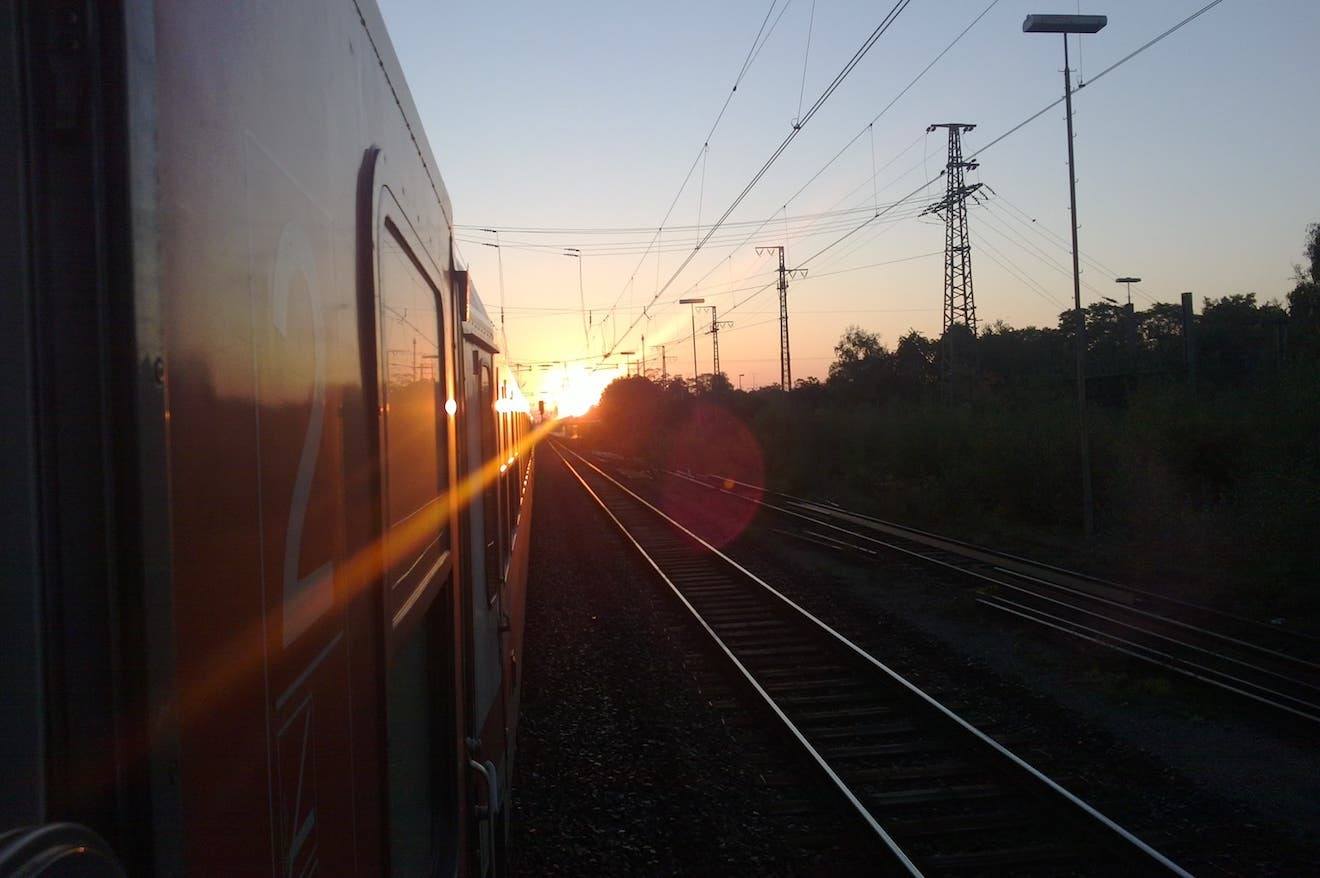 Two Tweaks that can Slash your German Rail Fare by 50%